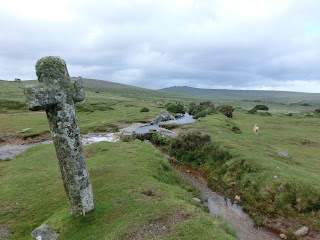 Last week The Curate came across an incident on the moor where the emergency services were doing everything they could to save the life of a fit looking man, who was of similar age to The Curate. The Curate's role was to turn the traffic back down the road until the ambulance left. He didn't know the man's name but he knew that whoever he was, it was unlikely that he had survived. A shocking start to the day.
The following day, the pieces of the story began to unfold as a work colleague of mine talked of a good friend dying very suddenly. The Curate was contacted to arrange the funeral and over the last week he got to know the family - with two sons only slightly younger than ours. And yesterday, nearly 300 people met to remember a much loved husband, father, inspiring teacher and sports coach.
Over the week, I have watched from the sidelines as The Curate visited the family, helping them to shape the sort of farewell they wanted to give this man. As a trainee verger, yesterday I welcomed people into the church, many already in tears and others unable to hold tears back when they saw the photos on the order of service. There were so many young people - from the school where he worked, his sons' friends and  his relatives. I watched them being allowed to remember with tributes from a colleague, his sons and his wife, bible verses and hymns - and being allowed to grieve. I watched The Curate stand by one son and encouraging him to finish by reading with him. I listened as The Curate read out memories for some who felt they couldn't do it. And I watched the slow process of healing beginning.
As they filed from the church - there were red eyes and smiles, chatter and sharing of recollections as well as the playing of a lively song which caused people to smile as they recalled its relevance in this man's life. It was clear that this service of remembrance had served its purpose. And I realised that this is part of what The Curate feels called to do. He would never have been able to describe the event to me had I not been there. And I now know, with certainty, that I want to be beside him.
For some time I have begun to feel quite differently about the life changes he made to become ordained. I have felt a huge cloud lifting since the travelling has stopped. - I don't think I realised quite how tired I really was most of the time. I sometimes stop and wonder what the strange feeling is that I am feeling more and more.- I think it is contentment! So, having toyed with the idea of removing 'reluctant' from the name of this blog, I have now decided to end this blog..........and start again with a new blog that will record the second half of being the 'Curate's wife'.
Thank you for staying with me and for all the encouraging comments as I tried to make sense of where life was taking me. Do join me for 'The Other Half '. I'd love to see you there. 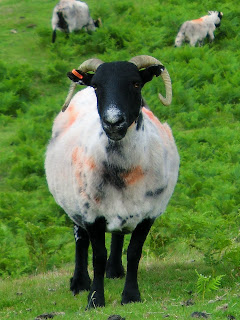 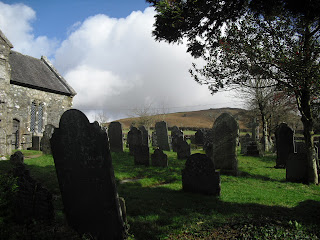 On Sunday The Curate took two very different services for the first time, in two of the churches in the area where we are now living. It reminded us both of how broad the Church of England has to be. In the morning The Curate led a family service with a worship group, overhead projectors, an elaborate sound system and not a traditional hymn sung. In the afternoon we travelled a few miles for The Curate to take a traditional service in a very small moorland church with wonderful organ playing. This was combined with the local Methodist church.
The first church is well organised and everyone seems to have their role - although they were asking for helpers in the young people's church. It was an enthusiastic lively service. When it came to coffee afterwards, people gathered in their groups and it was quite difficult to know how to fit in or who to talk to. Yet again, I felt like a bit of a spare part and wondered whether I should just walk home rather than wait for The Curate. Don't misunderstand me, I am quite able to start a conversation if people don't have their backs to me. But I will persevere.
We took the dogs with us to walk up another tor before the moorland service. It was such an exhilarating experience. Afterwards,The Curate went to the church and I walked the dogs around the village until I left them in the car and joined him there. It was easy for me to slide into this service - it all seemed so like the services of my childhood. In this setting, I loved it.
There were the same number of children as the morning service and they all sat together giggling and helping each other to follow the service book - no word searches here. One girl read the bible reading by standing up and turning to face the small congregation. No microphones here. It felt as if the church had seen generations of people meeting to praise God together.
During the communion, The Curate crouched down to bless the smallest boy there and was asked, " Will you play hide and seek with me?". The Curate replied he was a little busy at the moment and both mother and grandmother found this highly amusing.
Tea was served at the back of the church in china cups with saucers and homemade biscuits. I was quickly scooped up into conversation and got to know many people. Some walkers dropped by to see the church and were invited to have a cup pf tea with us all. When the sun came out, I collected the dogs and they joined us in the churchyard. Several of us took turns to play hide and seek with the young chap. This involved being told where to hide by him, then he would count to three and come and find us. It didn't take long and we had the time.
It all felt so 'English' - to be sipping tea from china cups, in the sunshine, in view of the sheep on the Tor and children playing in amongst all the people. It's hard not to romanticise it all. Perhaps you might think that it's stuck in a time warp. But it appeared to work very well that afternoon.
.
Posted by Thecurateswife at 12:49 5 comments:

Posted by Thecurateswife at 11:19 3 comments:

Approachable but not available.

Should clergy identify themselves by wearing a dog collar as they go about their daily routines?
I know some clergy prefer not to wear a clerical collar during the day. When he first was ordained, The Curate had thought he would be one of these clergy. He found that there seemed to be a congregational expectation that the curate should put his neck on the line and be identifiable.
The Curate and I have settled into the new parish and, for the first few weeks The Curate was on holiday so obviously he did not wear a collar. We walked the streets regularly with our dogs and people smiled and said hello to us. We knew we had arrived in a very friendly parish. 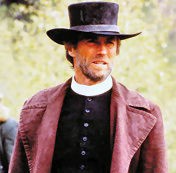 Once The Curate was back at work, the collar went on and he stepped out of our drive with our dogs and immediately he was engaged in conversation by a neighbour.The day continued in a similar way, with many engrossing conversations - the dog collar had identified him as connected to the church. The difference between when he is or isn't wearing a collar is quite marked. The Curate said it seemed as if it said he was 'available'!. I have told him quite categorically that he is not 'available' but he might be 'approachable'!
.
Posted by Thecurateswife at 07:05 4 comments:

After the rain - Dartmoor on our doorstep and so much to learn. 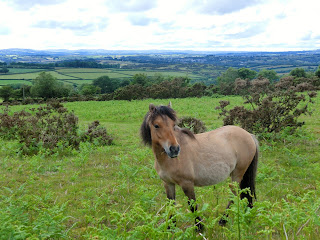 Dartmoor is such a wild, open space - once you get away from the car parks. I am having to learn how to capture the magnificence and grandeur of the Tors on camera and trying to learn their names at the same time. We have the largest map of Dartmoor wallpapering our cloakroom so that we can sit and ponder the area we have to discover. 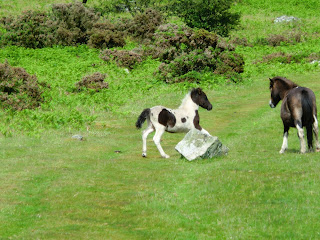 I am surprised by how much more difficult it is to capture the 'feel' of Dartmoor compared to photographing the sea and coast. I have had several attempts with different cameras and I am not satisfied yet. I think the secret is to look for days with big skies or interesting light. It will be an interesting project (if only the ponies and sheep would stand still). 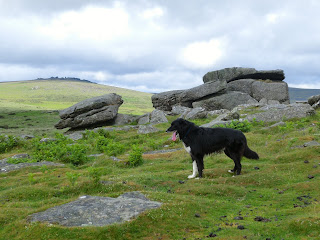 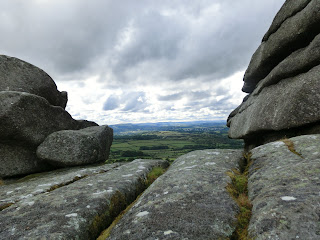 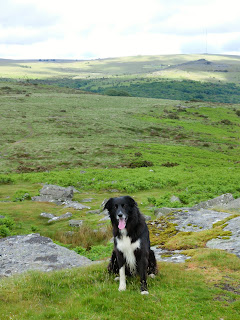 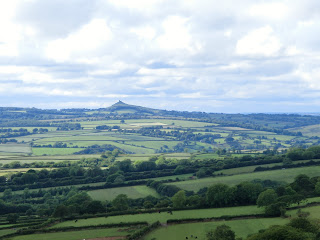 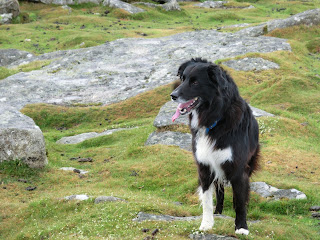 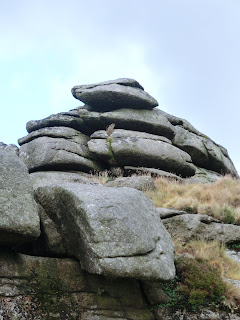 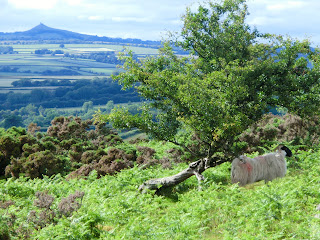 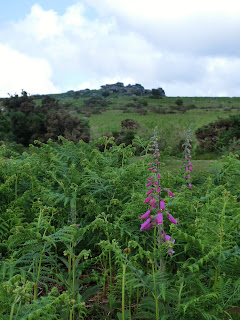 I am certainly counting my blessings - all of this is just up the road from our house.
(click on the photos to experience some of the vastness of Dartmoor)
Posted by Thecurateswife at 10:16 4 comments:

In February  I decided that  it was about time I did a little more reading on church traditions and I started by reading The Accidental Anglican By Todd D Hunter. This was a good place to start as it clearly explained liturgy, sacraments and traditions that, as a regular church goer, I am suppose to know about. So if you have theological training or have been well educated in why the Anglican Church does what it does, this is possibly not the book for you.  But for me, struggling to work out where I felt comfortable in church, this was a very helpful book. I  found the chapter 'The Anglican Treasure Chest' particularly helpful. I have moved from Anglican tradition to Methodist and back again and more. I have had to find the common ground in the services so I could worship in whatever church I found myself. Each time I find myself somewhere new, I am stretched and usually reshaped a little more. It's not always easy and sometimes I long for a familiar and comfortable church.
This blog is suppose to record the highs and the lows of becoming a curate's wife and being caught up in the rhythms of the church. And this last Sunday was a challenge - not a low but a challenge. After the house move and the encouraging licensing service for The curate, we fell into a bit of a lull. Everywhere we looked in the house there was a job to be done and my half term break passed in a flash. The Curate had two weeks off but was keen to get started in the new parish despite the fact that everyone had been told he was not starting yet. He decided to start meeting people and accepting invitations to events. We did manage to go to church together and I was glad to be alongside him.
I had to search for the familiar. I wanted to hear the familiar words, sing familiar songs and see familiar faces to exchange the peace with.  I stood in centre of the church as everyone left their pews to shake hands and greet one another, for what seemed like ages. Strangers shook my hand, they knew my name and, even if they told me theirs, I didn't register it. Preparing to take communion was challenging because I had to work out in what order people went up to the altar rail and ... to which altar rail (as there are two). And afterwards, The Curate was much in demand and I wondered what to do with myself - because I wanted to run home ......but to which home?.
Posted by Thecurateswife at 13:40 5 comments:

The solution for the shady garden

Posted by Thecurateswife at 12:00 6 comments: